Markus Väth (born 1975) is a certified psychologist (minor subject computer science) and Certified Business Coach BDVT. After an intermezzo as HR and business analyst at an IT company, he decided in 2005 in his early thirties for self-employment.

Markus Väth is considered one of the most prominent New Workers in German-speaking countries. Here he is as a keynote speaker and lecturer on the way, including for Samsung, Porsche, Lanxess, GfK, Sparkasse, BPM Personnel Management Congress, New Work Future, Petersberger Trainertage, ORGATEC … He has published several books and over a hundred features to New Work in magazines such as CAPITAL and WIRTSCHAFTSWOCHE, in television documentary, interviews etc.

In addition, he works as a coach for companies of all industries and sizes. Here he is dedicated to New Work, New Management, Organizational Development and Leadership. He carries out executive coachings, workshops and specials such as the New Work Training Day with a passion for people and their potential. 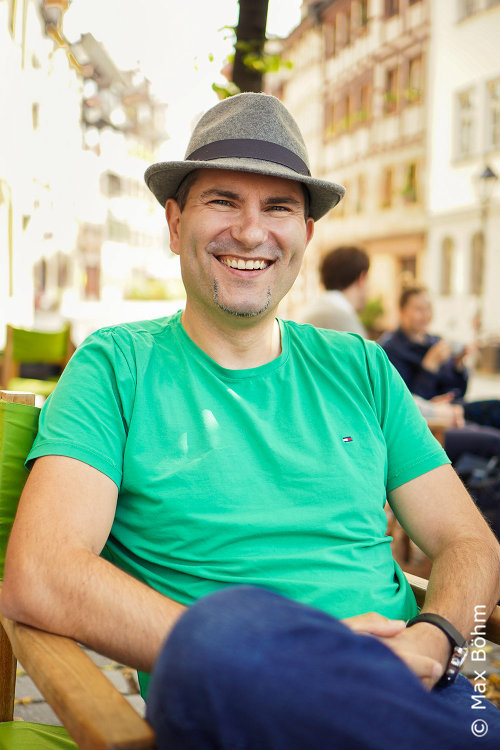 Markus Väth is co-founder of the ThinkTank humanfy. This is dedicated to the realization of New Work and a human working world, including the formation of a New Work – Community and the organization of events, for example, the annual Nuremberg New Work Week.

In addition, he works as an associate business partner of the consulting firm cidpartners. Together they realize the approach of organizational coaching in and for companies in order to make them self-effective and future-proof.

At the Nuremberg University of Applied Sciences Markus Väth has a teaching assignment for New Work and Organizational Development as part of the master program Software Engineering and Information Technology.

Unsalaried, Markus Väth supports the Leipzig Foundation Elemente der Begeisterung as member of the advisory board. The foundation is dedicated to networking and activating young people for social, economic and political engagement.